Posted on November 28, 2013 by momsmeanderings

Glorious sunrise from our chalet .. 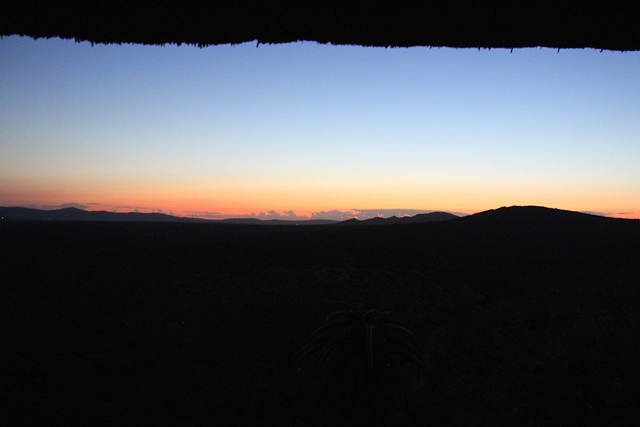 Up bright and early for the game drive before breakfast ..

Duiker before he scampered off into the thicket ..  (Duiker is a very small buck .. very shy .. likes to hide!) 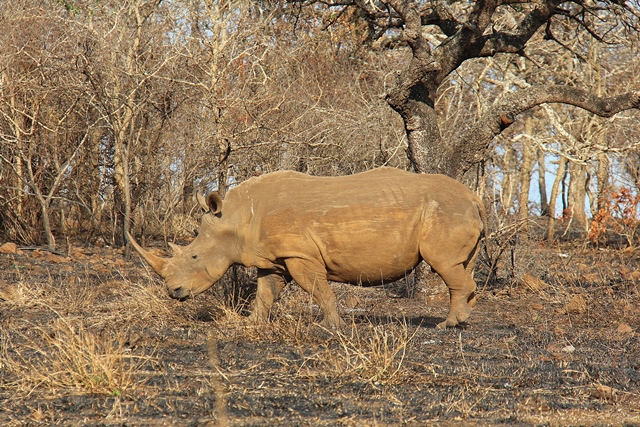 … female white rhino with her two offspring.  The offspring remain with their mother for several years and often she has a couple of offspring of different ages with her .. 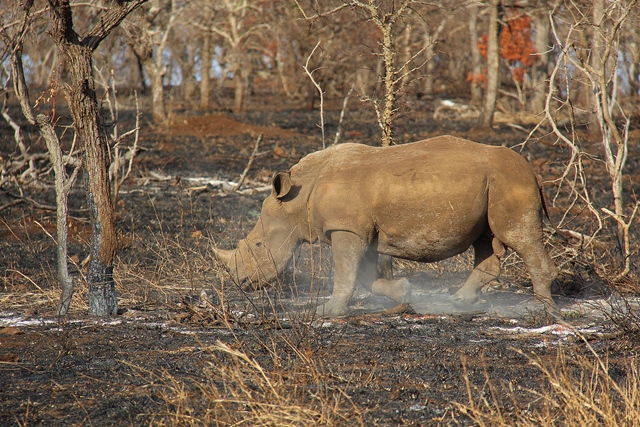 Our rhinos are on the endangered species list.  There is a huge drive in this country for anti-poaching of rhinos – the horns are cut off, leaving the poor animal to bleed to death.  Horns are then smuggled to the East for supposed medicinal purposes which is totally untrue .. the medical claims that is : 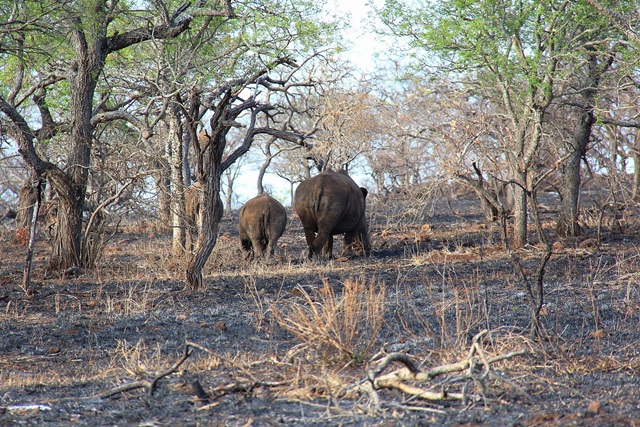 The ground shimmered in the early morning light with hundreds of flat horizontal spider webs (can’t remember the name of it)  Graham, our Ranger, showed us how the spider ‘attacks’ his prey by jumping out of the hole to grab his preynot the best pic .. you can’t see the shimmering web and the grey spider is barely visible clutching the end of the stick

We, on the vehicle, didn’t think this was the wisest move, but Graham had spotted lion spore .. fairly fresh .. and got out to take a closer look 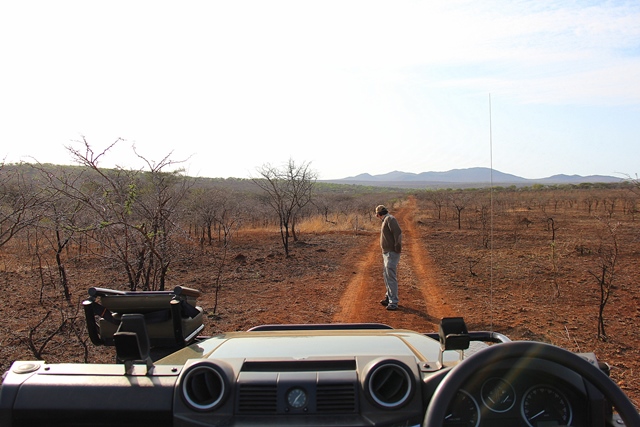 As it turns out they weren’t far away !!  He reversed quite a way and then they were spotted – two males snoozing under the thicket ..  (we could only capture one which was more visible through a gap in the bushes) 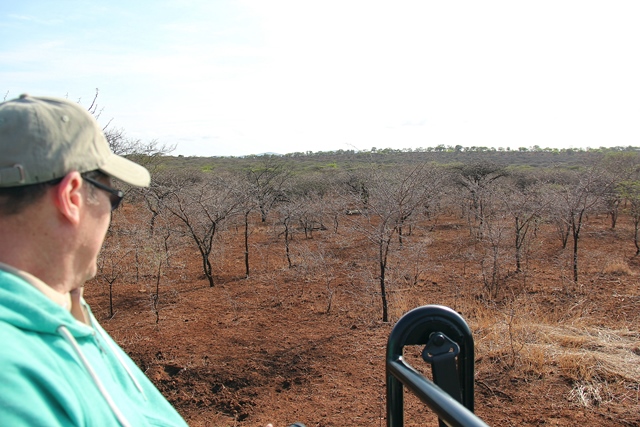 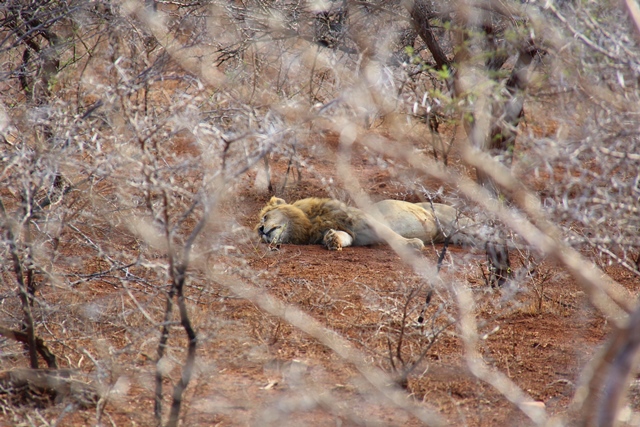 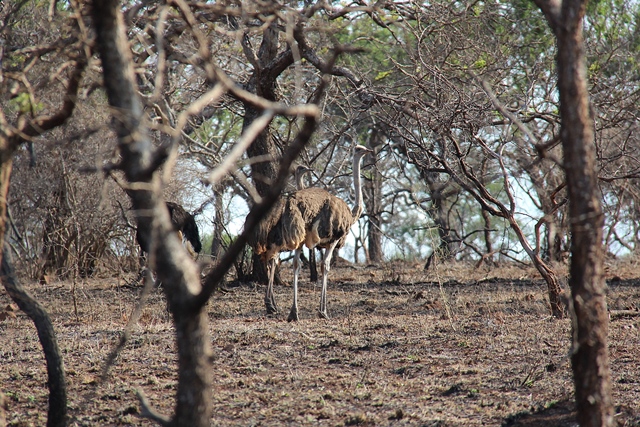 Sausage tree .. large sausage-like very bitter fruit is eaten by some wildlife.  Creams for psoriasis and other skin ailments are made from it … 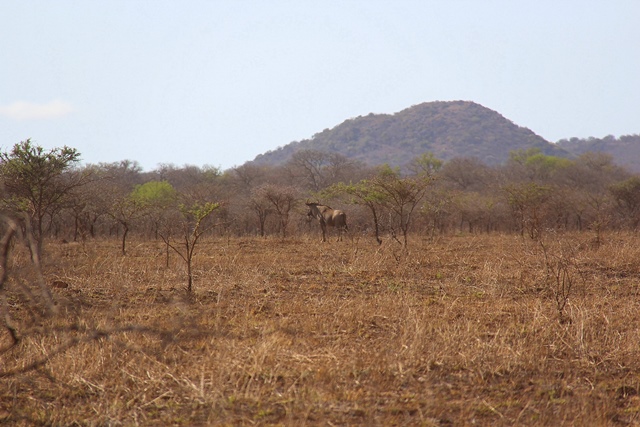 Monitor Lizards on the banks of a dam where hippos wallow  .. 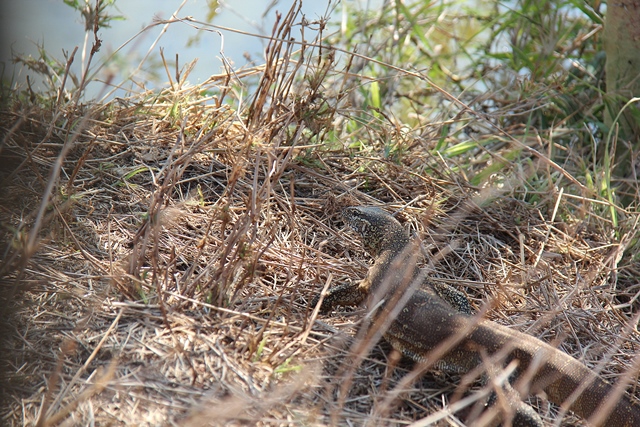 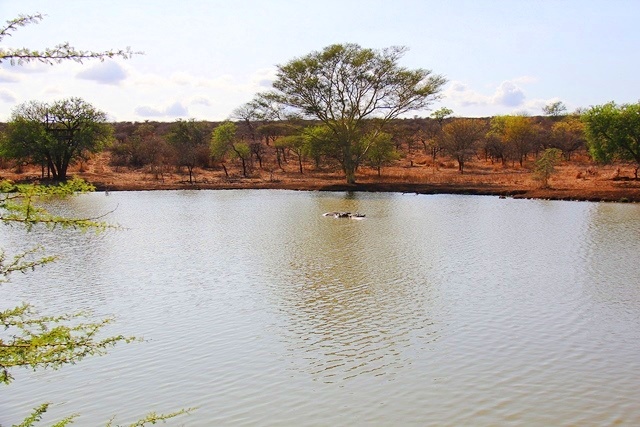 The youngster in the middle of the group which had been quite far from the group when we got there, made it’s way to the protection of the adults while we watched ..  mom gives him a little nudge and a ‘strong talking to’  .. 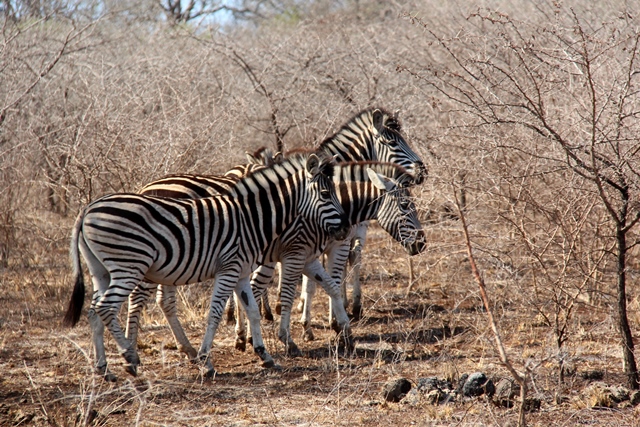 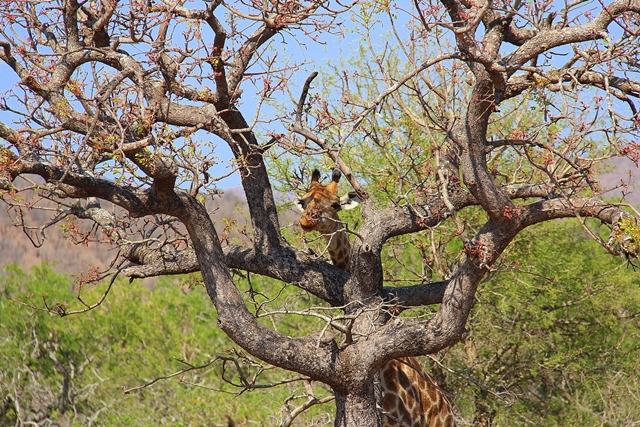 Such a graceful creature .. 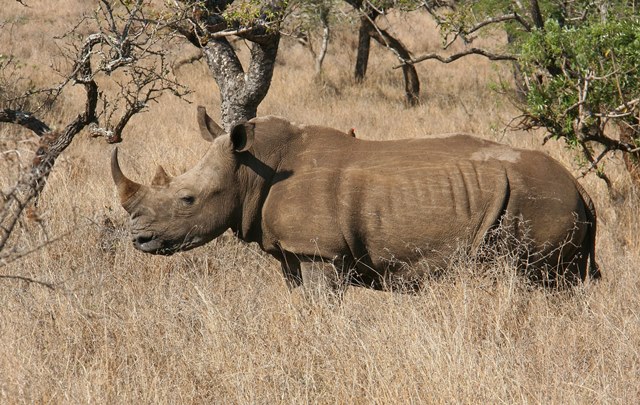 These were the best sightings of rhinos we had, on this day, our first morning game drive. 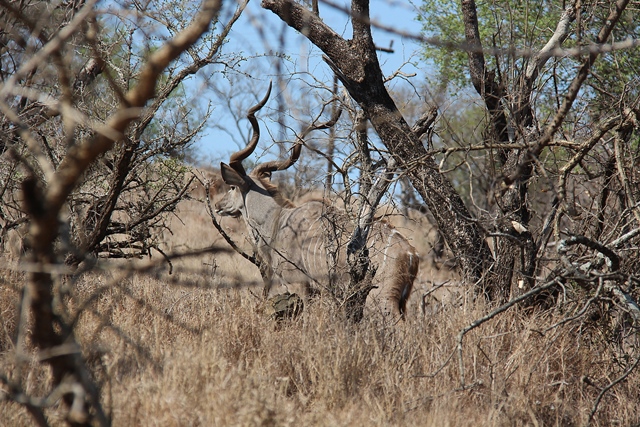 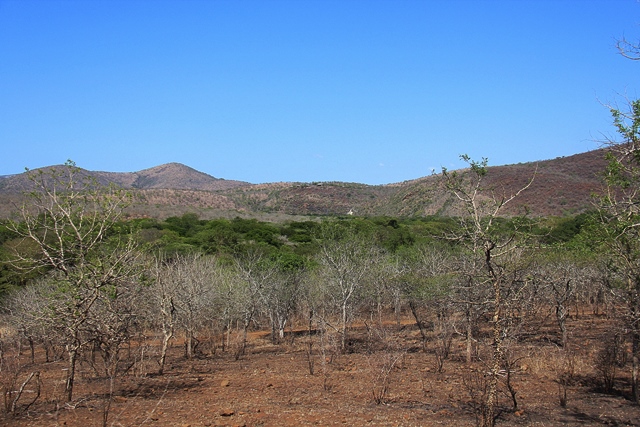 Our chalet – second from left.  Lodge’s lounge, bar, and breakfast is the larger building kind-of central on hill … 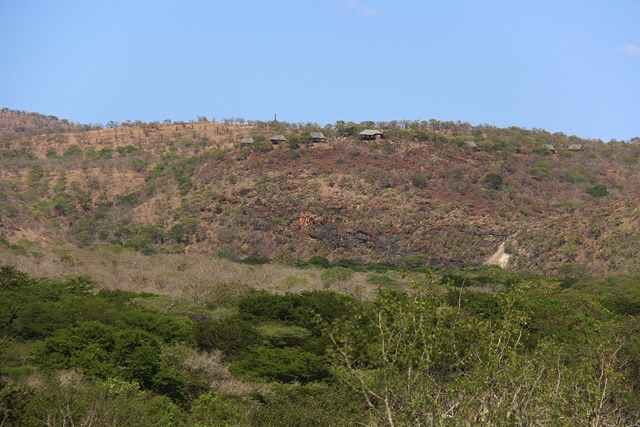 2 Responses to Nature at it’s best